Western medicine is very young, which is something that might not always be obvious. While a great many people today benefit from the care and treatment that Western medicine allows for, this is a relatively recent development. It was not until the latter part of the nineteenth century that it became common in the West for scientifically informed approaches to human health to be applied to particular patients. While various small tidbits of knowledge had become common currency before that point, bringing these together into a cohesive body of insight took quite some time. 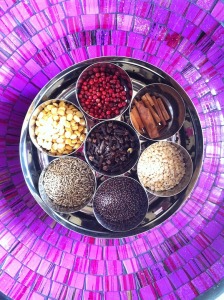 Today, of course, Western medicine is, in many respects, the benchmark worldwide. Science-based medicine has become the default way of treating all kinds of ailments almost globally, but this is not to say that it is always the only possible answer. In fact, a great many people in both the West and elsewhere in the world still look to other, far older traditions for health-related assistance and support, as well.

Of all these longstanding currents of knowledge, likely the most ancient of all is that known as Ayurveda. The exact origins of this approach to human health have been lost in the mists of distant history, but it is certain that they date back thousands of years, at a minimum. For at least that long, people on the India subcontinent have been studying the workings of the human body intently and seeking out ways to help restore it to balance when health problems arise.

Today, many people from all over find it worthwhile to investigate how practitioners at places like Mountain Top Clinic might be able to help them. As can be seen online at www.mountaintopclinic.com, experienced Ayurveda specialists attempt to address the full range of problems that can arise in the body, while doing so from completely different angles than those covered by Western medicine. As a result, seeking out this kind of assistance can seem to many patients as a way of making sure that every possibility has been addressed, in order to maximize the chances of recovery.

Given that Western medicine alone does not always prove to be as helpful as might be hoped, making use of practices that could be complementary can seem like a very worthy option. Whether for those suffering from chronic health issues from which Western medicine seems to offer no hope for relief or others dealing with acute problems that must be addressed quickly, combining the most ancient of health traditions with a far younger one is an increasingly popular option.